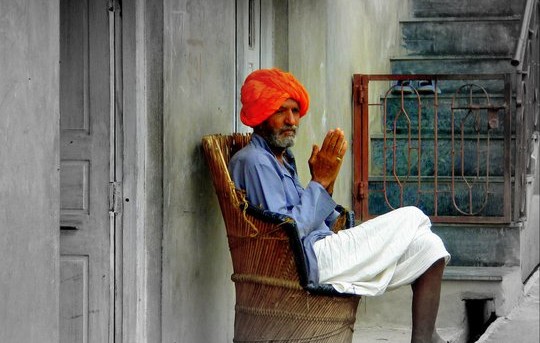 Responsible tourism is the need of the hour. Everyone needs to abide by this responsibility or else our name will be under fire. We need torespect heritage sites, tourists, spaces and even the nature’s balance.

This is one such travellogue where we tried to play our role. Responsible tourism in short is about —

Travelling with a baby is very very difficult, but all it takes is  little bit of courage and a bag full of diapers. So, we decided to take the challenge and started on a travel to our own land Rajasthan. Our travel plan had four major places in mind- Bundi, Jalore, Udaipur, Chittorgarh and Bikaner- essentially in this order.

Though both of us are from Rajasthan, we have not undravelled the secrets of our land with such proximity. We have been to all family functions and our homes but, not seen them with a “tourist”  eyes.

And considering we knew the language, we know that the place is too friendly as the people are more than willing to guide you even if they are unaware of it themselves.

But, the disappointing part was seeing the old ruins adorned with names of lovers. The water bodies laden with plastic bags and water bottles. All spots which would have otehrwise been very beautiful, were full of junk. We realised how difficult it was at times to avoid the strong smell of water especially making sure everything with the baby goes well.

As I suffered from motion sickness we decided to drudge for a car. It was quite a drive into nice two lane roads merging into dirt streets with pot-holes almost as big as our car, and everything in between.
A cycle rider was so excited to see our Innova that he invited himself to lead us and we were to follow. He later offered us the soothing masala chai with him. After approximately 8 hours of drive the majestic ruins of the old city fort at Bundi welcomed us.
The most distinguishing topographical significance of this place was the twin hill running in the north east and south west directions. The cycle rider told us that Bundi is one of the most privileged places in terms of water resources.

So, the gap between the haves and have-nots was being completed by a special initiative. Train is trying to solve the water crisis of the place. Pali, Dungarpur, Rajsamand, Barmer, Nagaur, Jhalawar are some of the regions getting water from train.

Architectural blue prints, drawings with infinite geometrical structures, make little or no sense to a layman. But, when we see the paper plan put to reality, we know what went in it. The architectural art of the bygone era makes a wonderful archaeological sight in this region.
The first step well I saw was Raniji-ki –Baori, the monsoons were as always less favourable so the water level was pretty low. The guide told us that the 46 m deep stepped well with a high arched gate was built in 1699 A.D. by Rani Nathavatji. It is adorned with some superb carvings on its pillars and. This well is one of the largest of its kind.
Food and photography kept us busy all this while. The place offered us a quiet and colourful stay. Most of us were vegetarians and thus it was a paradise for us. The menu card ranged from ker sanger, gwarpatha (aloevera), keriya and gattey ki sabzi. It was too good to believe.
After spending a good three days in Bundi we hired another car, this time a Wagon R to Jalore and began the second phase of journey.  It was a 7 to 8 hour journey with stoppages. Our speed was to see the mirage magical metal borne roads. The barren dunes moved as our car brisked through blazing sun and superb highways.
We stopped at Udaipur and Chittourgarh for a while. But as our aim was to discover the less discovered bits of the royal land, we decided to move on. Chittorgarh, the sight of Rajasthan’s biggest fort.

Thrice in its history the fort was sacked, and all the times it met certain defeat and death, while all the women and children immolated themselves on a huge funeral pyre following a declaration of jauher. The first defeat happened in 1303, when Ala-ud-din, the Pathan king of Delhi, besieged the fort in an attempt to capture the beautiful Rajput Rani Padmini.

Rajasthan is India’s largest state with a surface area of 3.42 lakh sq km constituting 10.4 percent of India’s surface area, it had only 1.4 percent of the country’s water resources. According to official data, out of 237 blocks in the state, 164 blocks had exhausted their ground water table by 2008.