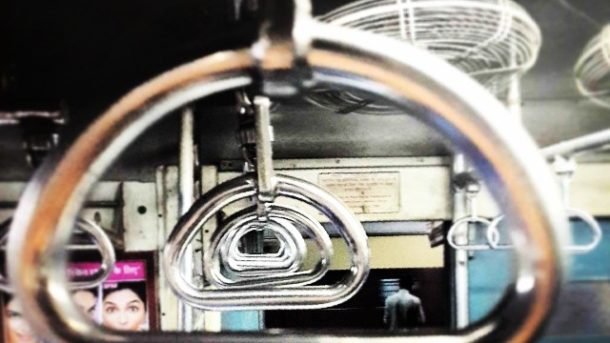 It all started on a Mumbai local. When a flustered woman had the ‘usual’ start to her ‘usual’ day. However, the ones travelling on Mumbai local are highly accustomed to daily rants or tiffs in the ladies compartment. But, this one somehow made the way straight to my heart and managed to raise a few valid issues.

“Mumbai locals have existed for a while now. Perhaps a angrezi concept. What I hate is the height of the handles hanging on the top! Why are they same as that of the men’s compartment?

The height of the handles might suit that of the women in the west and of course men. But, women in India on an average are 5 ft tall. How do we reach them handles? Do we get extendedable arms?

It is done on purpose. Because the Indian mentatlity is such that a woman should get things only by ‘COMPROMISE’. Be it work place or even a local train.”

Her comparison to the workplace and the daily hustle did make me wake up to a few startling facts.

I do not want this post to seem like another fact throwing rant. I am a young working woman, a mother of a 1.5-year-old, living in one of the most advanced cities of the country. Perhaps have had a few experiences of my own to narrate by now.

Alongside, I have interacted with a few mothers on the train and often by chance of fate sensed a “void” in their voices.

The work from home policies and extended maternal leaves have definitely helped women at work. But the baggage with which a woman travels on a local train is heavier than the laptop bags they juggle.

So, this is what the elderly lady continued to say –

“I started working when I was 22 and got married at 19. Have always juggled between home and work, like a usual Indian household. I did not have a boss who would accommodate special working hours for woman, despite the fact that she might deliver the said work in lesser number of hours.
The concept of KRAs is still alien to most of the country. I have been told things have changed a bit now. I am still to meet change.”

A 2015 report by the McKinsey Global Institute said that India could add 16% to its GDP in ten years if women participated in the workforce at the same rate as men.

” The trains are same. Only the number of women travelling in them have increased. Ladies special are a handfull. Why do you think there are more fights and arguments in the woman’s compartment? They carry way to much on their heads. They know even after going back they will have to cater to more responsibilities.”

Is it compromise on purpose, adjustment with the self to prove yourself? Is the work scene changing? Is Indian woman giving up on full-time work because of the compromise culture in India?

The answer my friend, is blowing in the wind!