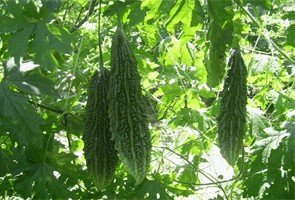 On my way back from office the cab driver took a new route, from posh localities of South Delhi to dingy streets of North Delhi. There was a very strange attribute of this journey pertaining to the mass of varied smells that I came across. It seemed I was crossing a food court or was on some delightfully scrumptious ride. Ranging from the invigorating smell of coffee beans, the brownie and the chocolate chip cookies in the south to the over powering aroma of asafoetida, bay leaf, garlic, the cinnamon sticks and the mouth-watering smell of ‘Daal ka halwa’ in the north. I never realised how they overpowered my day’s mental fatigue. In that dreaminess my expectations rose and I prepared my self for a feast that night.

Wishes, in my case, seldom come true. The nauseating smell of bottle gourds (BoGs) welcomed me home and all my hopes were shattered. Add to it the new-found love of my mother, “bitter gourd” (BGs) was adorning the dining table. So here I had the perfect supper with the deadly combo of bottled bitterness.

In the past few years, I had developed a slight aversion for these two vegetables and it seemed they were pretty much aware of it. Though we faced each other in a complete civilized way I could see them grinning in victory. I would drain them down my throat with a glass of water just to prove them wrong and to show them ‘who was the boss’. This animosity between us continued and the reason I had to eat them without questioning was the way I was brought up. Right from the childhood, except on special occasions, I was never asked “Beta, what would you like to have for dinner?” instead we were supposed to eat whatever there was for dinner. It was just a way to inculcate the habit that life does not always sway in your direction. Adjustment is the real mantra for our lives. Thus, this was the first step for that big lesson of life “Befriend bitter gourd and Bottle gourd”. 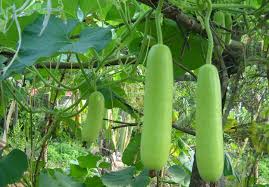 I gulped down the dinner irritably and retired to my room. To do away with the bad taste I ate a chocolate and relished every bit of it. Then grabbed a book, collapsed on the bed and flash — a whole new world within moments. The nightmares I saw can’t be summed in a few lines.

Scene I: an invitation for lunch at my boss’s place.
Scene II: the grisly site of BGs dancing in my chamber
Scene III: the scary menu for lunch which included BoG raita, BoG kofta, BoG this, BoG that and stuffed bitter gourds.
Scene IV: a pitch dark room where a thousand odd wind-chimes rattled and clanked. They had shiny little objects hanging round them and yes, they were all miniscule BGs and BoGs grinning at me.
Scene V: woke up and found my face had turned green in colour and a light green coloured pony came out like an antenna on my head. Yes I was looking like a walky-talky Bitter-bottle gourd Girl.

A cold sweat drenched me and for a moment I thought it was all true.
Next, I knew was an ordinary start to my dull day with the smell of boiling bottle gourd from the kitchen, the pressure cooker’s recurring alarms, the sound of Subalaxmi Iyer’s Vishnu strotawali and the musk melon seller’s promotional campaign on the street.

An ordinary person might find it an unusually cacophonous start for the day but, for me, who has been used to it from past 19 years this was nothing but a ‘routine’. Perhaps, the musk melon seller’s call was more melodious and credible than the cock crowing. I was in awe of his time management. Sharp at 8’oclock in the morning, right in front of our house, he will call out in his husky, loud voice “Kharboojey Meethey meethey”. When it came to appearances he was all skin and bones, in his mid sixties, I suppose, from where he got the stamina for his high pitched cries in the morning will always remain a mystery.

I would gaze out of the perfectly symmetrical windows in my room and find the old man staring at our home with anxious eyes. At times by his polite and sweet words he would lure my mother into buying his ‘sugary melons’. But, on most occasions he met my mother’s ‘strictly-not-interested’ glances. After all musk melons are not bottle gourds and you can not have them daily.

I do not know how the rest of my family sustained this torturous meal. This might seem exaggerated but my mother was a fitness freak and for her bottle gourds were a staple diet. She had taken up this habit from my grandmother and the latter from her mother. It was a legacy and I did not plan to carry it further.

It was the 3rd of June, 2007 when the gracious day came and I was transferred to Mumbai. I was sad to leave my family but had some real good reasons to be happy. A place where my head was held high and I was not chained by BGs and BoGs. My dinner table, kitchen, wind chime or chambers – nothing will ever have even a slight mention of them.

I had a great two room flat provided by the company and a very tolerable maid. She knew her job pretty well and completely empathized with my dislikes. But, as always, my cards were already laid by someone else. A week passed by and there was one big problem with my schedule. There were certain grave issues the biggest was waking up early. Alarm clocks, cell phones and phone calls – nothing worked with me. I was soon turning into an insomniac because of anxiety. The office people had started disliking me already and my boss’s warnings were on the verge of turning real.

Finally I knew what was missing and the solution was handy. On my way back to office I bought BoGs and told my maid to boil them at 7 am sharp. She was quite taken aback but I was sure that if this wouldn’t work then nothing will. There I was right on time; with the second whistle of the pressure cooker I was on my feet. The problem was solved and I took one good look at the BoGs they are not that bad after all. A lesson learnt the hard way.