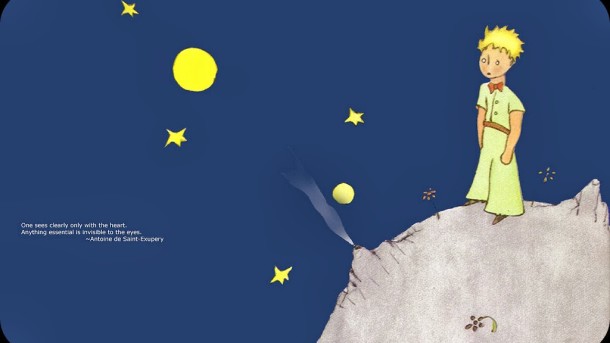 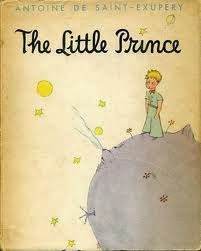 “All grown-ups were once children…
but only few of them remember it.”
― Antoine de Saint-Exupéry, The Little Prince
I have always been confused, if reality sprang from imagination or imagination makes reality happen. My first brush with imagination happened when I was four and my sister narrated me the story of the princess who wanted the moon. She had a way of telling me stories, a way that made them seem real. Listening to her stories, I wished for the moon too. 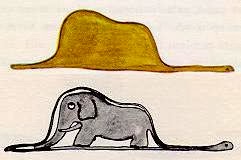 Grew up amidst Roald Dahl’s twisted ways and graduated to Tolkien’s world of fantasy and realism. But, that one book which I always keep going back to is “Le Petit Prince” (The Little Prince). As a kid, it was just a story that mocked the grown-ups and pleased the children. A book that showed the real flaws of being grown-ups.
Now, when I have officially joined the “grown-up” clan, I realize how Antoine de Saint-Exupéry holds true. I have started seeing the hats in boa constrictor that swallowed an elephant. The point that Saint-Exupérytries to put forth is that—only a rare person is able to hold on to the sense of wonderment, exuberance, of presence, of sheer enjoyment of life and its possibilities that is so apparent in our younger selves.
This is what we call imagination. The Little Prince is a garden of imagination, the symbol of garden in itself recurs throughout the book. The sheep, the hat, the flower, the planet, baobabs and the fox and the little prince himself has many layers. The simplicity of which makes it so emphatic.
It juxtaposes a sane, experienced grown up against a little boy who has a different vision of the world. He raises a very disturbing yet worthy issue that the very experience that helps us to achieve success threatens to limit our imagination.
We see each of the characters from Prince’s point of view — The business man represents the perfect adult because his mind is only occupied by numbers. The self indulgent clown, the coquettish flower, the king who represents a ridiculous man who possesses a petty need for power and domination. He thinks he can put the stars in a bank, and the prince is amused at his illusion. 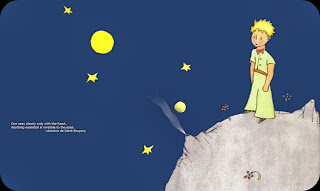 “The Little Prince” as a character, by far remains one of the most imaginatively inspiring composition. It flows like a song from one planet to another. As J. M. Barrie says, “What is genius? It is the power to be a boy again at will.” He shows us that power of youth which forces us to think like him. The way he realizes the value of beauty, relationships, the sheer power of “love” and longing, the joy of having someone, the pangs of losing a friend and an inspiring journey of unraveling the long-forgotten innocence of an adult.
By beginning his story with a discussion of his childhood drawings, the narrator introduces the idea that perception of an item varies from person to person. The childhood drawings then become very important part of the narrator’s world. They are his window to Prince’s planet.
The way the little prince can immediately see beyond first appearances and perceive the boa constrictor in the narrator’s first drawing and a sheep hidden in a box shows how different children are from adults. The adult perspective in Chapter I is unimaginative, overly pragmatic, and dull, while the childish perspective is creative, full of wonder, and open to the mysterious beauty of the universe. The novel suggests that both adulthood and childhood are nothing but states of mind.
It is up to us, therefore, to make the book come to life, to see through it. The Little Prince lives on his planet all by himself, has three volcanoes, a flower and says he can watch the sunset forty-four times in a day.  A very different life than what the narrator is accustomed to.  It is up to us if we think of his world as a dystopian space or a utopian setting.
“It is the time you have wasted for your rose that makes your rose so important.”
He challenges are sensibility and places it against sensitivity of the Little Prince. How he feels for a rose, the plants and the planet.
The little prince consoles him by telling him to look up at the stars at night: “you’ll have stars like nobody else.”  The little prince puts his laugh into the stars to make the pilot feel his presence whenever he looks at them. The pilot can hear the stars after that like “five-hundred million little bells”
The stars represent what is eternal and lasts beyond death. He questions our sense of the possible and impossible. The frontiers of imagination get a new meaning and direction when you look at Antoine de Saint-Exupéry’s The Little Prince. To put it in his words “It is only with the heart that one can see rightly; what is essential is invisible to the eye.”
books, the little prince