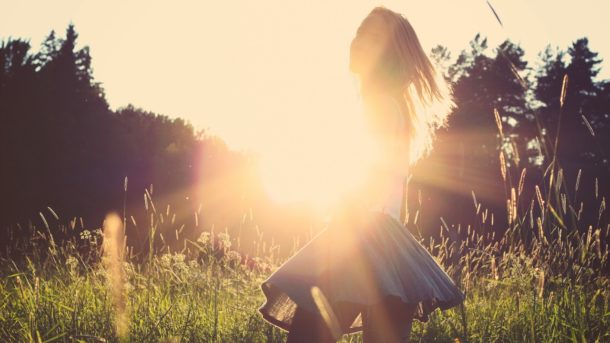 Maithili was cribbing about the daily work schedule and the monotony surrounding it. She was not very fond of travelling, especially travelling with in the city. But, being a journalist she was always on the move. At times, she considered herself a misfit for her profession.
It was a weird summer in Delhi, less of sunlight more of rains. The jerky, roller coaster auto rides were becoming unbearable. In August end, she was as usual in a weird mood when she ended up with a very ‘chatty’ auto-driver. This used to irritate her to core, people who would try and force themselves on you.
It was a sardarji in his late fifties, with a maroon turban and weary beard. A very prominent mark embedded on his right arm which said ‘meyher” (blessing). The auto had very fancy ‘pink’ interiors which she had noticed the moment she had sat inside.
But, Maithili had a perpetual frown pasted on her face these days. She had more than one reason to behave that way, her life in particular was disoriented. She was tying up the lose ends and ended up entangled in all of it.
The man constantly kept a watch on her from the rear view mirror. He finally spoke “So, are you studying beta ji?”
“Yes” she replied.
The naive man continued talking, deliberately ignoring the coldness in her tone. “Bahut badhia ji, Khoob Mehnat kero (Very good, work very hard). Even I have daughters, five of them, they must be older to you. But, I have made them study a lot. Studies matter a lot beta, today all of them are well settled.”
By now, Maithili had sobered down, the man was intimidating. He spoke again, maintaining constant eye-contact through the side view mirror. “All of them are government employees. One is at Indira Gandhi Airport, her name is Preeti and another is working at American Embassy. The one in the embassy is very busy. She juggles between India and America.”
He waved another auto guy who passed his own and continued “I did not like America. I have been there once. Apna-pan nahin hai wahan (There is no sense of belonging). My daughter has been calling me there but, I have never been keen enough to accompany her. I tell her to take her husband along, which she anyway does. Her husband often jokes with me ‘What have you got me into babaji. Your daughter is away half the year.’ As he told all this, the man had a distinct glow on his wrinkled face and a glint in his eyes.
As the traffic signals signalled ‘red’, we had to stop, he turned and said “In our society all sorts of men exist. It is very necessary to expose your children to the ‘bad’. It helps them differentiate it with the ‘good’. Education helps us to make that decision.”
Maithili was totally engrossed in the conversation now.
He continues “I was born and brought up in Ludhiana and saw my sisters not getting education. Otherwise ours is a very free society, gharwaley ki zyada nahin na chalti, (husbands do not have much of a say) and he laughed. My brother still stays there. I go there on weekends Even he has three daughters and all are well read. He brought them up on pension money.”
Maithili was getting a call on her cell phone. As it was from home, she could not but take it. She snapped and said “Yes Papa, I still have not reached. I will inform na and please do not irritate me papa I am not in class 2 now” and she hung up. The man did not seem to approve off the behaviour. Maithili was not planning to be so rude. But, at times this whole care and concern got on her nerves. She had to call before leaving office and after reaching office and then call from every darn step in her day. It was like reporting about every move.
The man spoke to break the silence and Maithili was glad he did, she wanted to ignore her guilt.

“My daughter used to get very late when she was at IGI and I remember sitting near the airport from evening 7 to 4 am in the morning. Because, I cared, not because I did not trust her, just that the world around is not trustworthy. I am sure I can’t be there for her at every step but, I will as long as I can”
Maithili wanted to speak but a lump of guilt, remorse, anxiety and emotion was stuck in her throat. She did not dare utter a word or she would commit the sin of shedding a few tears infront of a complete stranger.
“My son is very fond of my daughters and they treat him like a prince. Aath beheno mein ek bhai hai (he is the only brother amidst eight sisters) He is in Hansraj College and a very bright student. He recently demanded a couloured computer and a CD player and I was informed after the sisters made the purchases. I felt really good as they shared my responsibilities.”
Maithili was now less attentive as she was still stuck in her world. How even small things make you feel so little. She was ashamed of herself and was thinking about how she had got what she had asked for. She never had to think twice before anything in her life. Here was a man who made his daughters capable enough to take there own way.
The auto guy again broke the thought process, this time the final one though. It was her destination. She got off a bit unwillingly. Maithili smiled as her cell phone rang “Ji Papa just reached safely.” She hung up and pulled out her wallet.
Sardarji said “khush rehna beta ji, aapki ismile badi pyari hai.(Be happy and you have awonderful smile.” He gave her a ten rupee discount and in moments he vanished. The back of his auto flaunted “anu, radha, preeto, kaali, geet, reet, rakhi aur lakhi di gaddi”